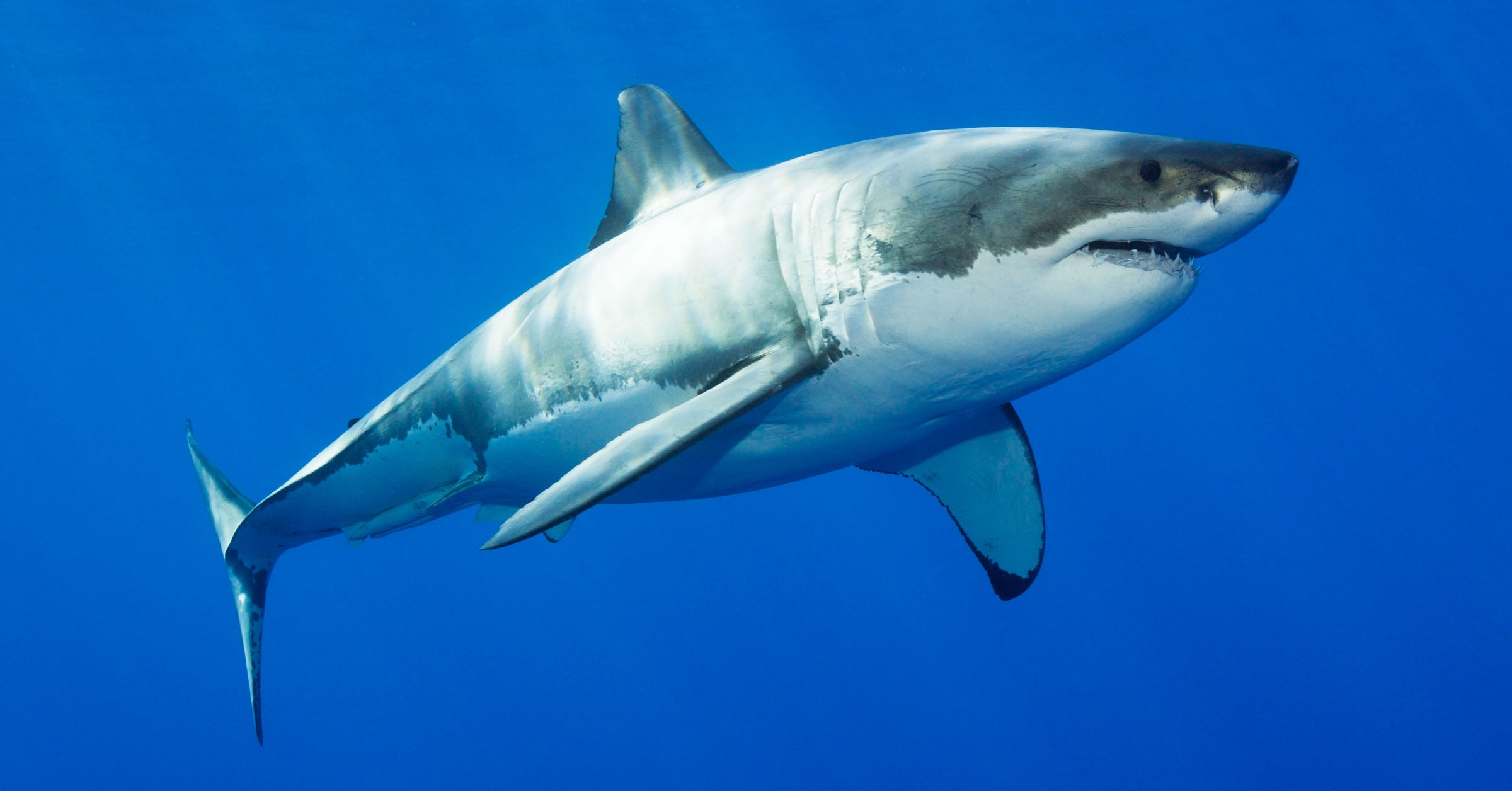 Great white shark attacks are rare, and when they do occur, they are sometimes fatal. But attacks against the human species are often a result of mistaken identity, new research published on 27 October 2021 shows.

The study, published in the Journal of the Royal Society Interface, was conducted by looking at humans and animals from a great white shark’s eye view below the ocean surface. It’s often been assumed that it’s hard for sharks to differentiate between them, but there is little research taking into account how sharks see, rather than just from their perspective from underwater.

Sharks, according to the research, have limited color perception if they are not completely color blind, and have spatial resolving power that is “considerably worse than humans.” So when they are looking for prey, researchers found, they more heavily rely on motion and brightness contrast.

To determine how great white sharks, primarily juveniles since they are most often the ones involved in human interactions, might see objects when looking up from below the ocean surface, researchers specifically compared video footage of rectangular floats, humans swimming, humans paddling surfboards, and pinnipeds, including sea lions and seals. The footage was filtered to mimic the sharks’ visual system. And as it turns out, the researchers found that juvenile great whites cannot significantly differentiate between the different life forms. The silhouettes of the different objects at the surface are too similar for the animals given their reliance on motion and light. “From the perspective of a white shark...neither visual motion nor shape cues allow an unequivocal visual distinction between pinnipeds and humans,” the study says, “supporting the mistaken identity theory behind some bites.” Laura Ryan, the lead author of the study, said in a press release from Macquarie University that surfers are the most at-risk for fatal shark bites, particularly from juveniles. “We found that surfers, swimmers and pinnipeds (seals and sea lions) on the surface of the ocean will look the same to a white shark looking up from below, because these sharks can't see fine details or colours,” she said. Professor Nathan Hart, senior author of the study, said that great whites have to learn what to eat and their diet changes as they grow and learn. This could explain why juvenile sharks tend to be more commonly involved in biting humans. Adult sharks, researchers said, tend to have better vision and can better differentiate. “They need to develop a search image for these prey items and combine that with other sensory information,” Hart said. “It’s a learning process that could be prone to mistakes.” The study was also conducted in a controlled pool setting, rather than the ocean, leading researchers to believe that the sharks’ ability to differentiate between humans and prey is actually worse because of the lower visibility in oceans. They also believe that the mistaken identity theory could apply to other shark species associated with human fatalities, such as tiger sharks or bull sharks. But researchers also urged people to remember that shark bites are rare. In 2020, there were 57 confirmed unprovoked shark attack cases worldwide, according to the University of Florida's International Shark Attack File. The 2015 to 2019 average was 80 incidents every year. They also reiterated that sharks themselves are endangered. In January, scientists announced that shark and ray populations have declined more than 70% over the past 50 years, with overfishing being a main culprit. Fish nets and drum lines, often placed under water to ward off the animals, only further threaten the species and other marine life, researchers of the great white study found.

This article originally appeared in CBS News of October 27, 2021.