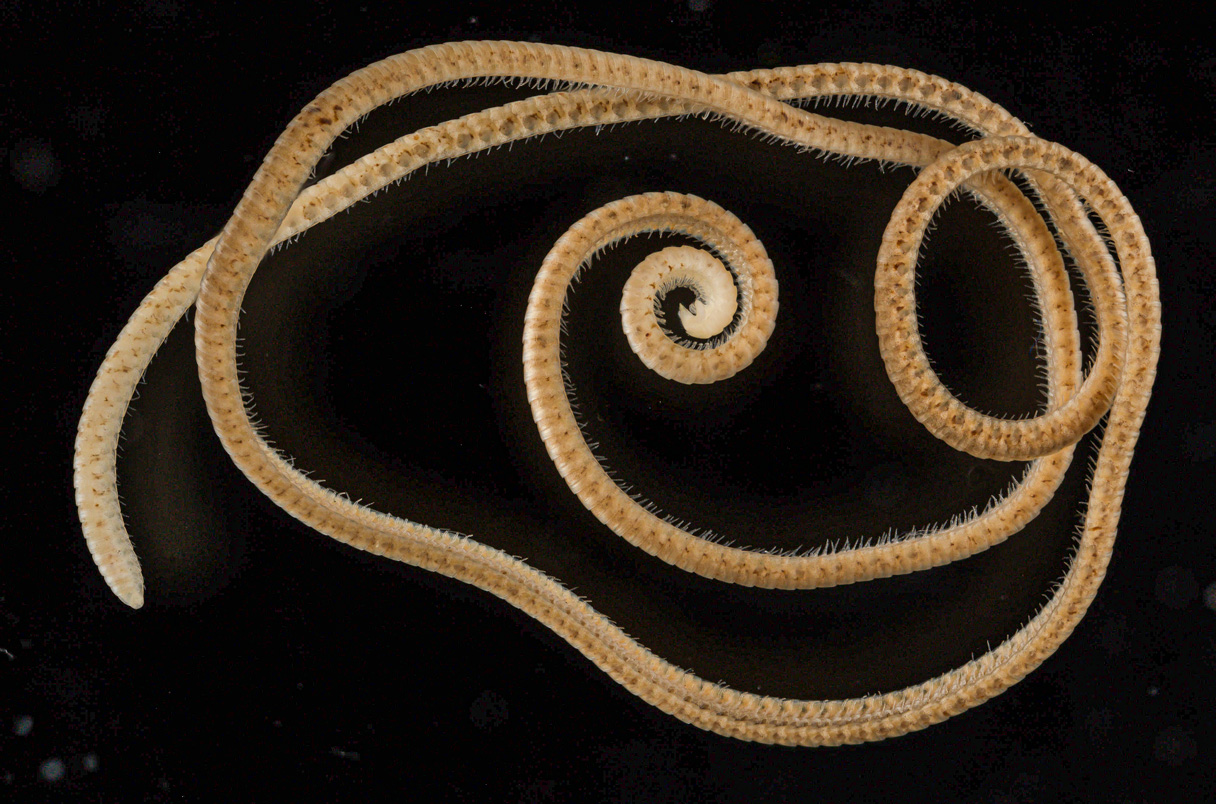 Despite their names, millipedes don’t have even close to 1000 feet. Most species have fewer than 100 legs. But now, researchers have discovered a species of millipede that can exceed the definition. The animal was found living as deep as 60 meters below the surface of a desert in Western Australia. The team was searching for deep-dwelling invertebrates by putting specially designed traps (a plastic pipe baited with damp decaying leaves) into exploration holes drilled by mining companies. Less than 1-millimeter-wide, the cream-colored millipede is nearly 10 centimeters long, making it much skinnier than related millipedes that live above ground. Its many short legs may give it the strength to wriggle its way through tiny crevices in the rock. It lacks eyes, instead sensing the world with large antennae, and it probably feeds on fungi, the authors conclude in a paper published in Scientific Reports on16 December 2021. The team has found eight individuals. Of these, the two adult females are the only true millipedes, if you go by counting the legs; the two adult males maxed out at 778 and 818. An individual’s number of legs can vary because the arthropods grow additional body segments throughout their life. Like a group of burrowing centipedes, the body segments can compress and elongate, perhaps to help fit through tiny cracks and follow tortuous paths. Dubbed Eumillipes persephone, the new genus means “true millipede.” The species name refers to the Greek goddess of the underworld, who was taken from the surface. The authors note that the creature might have long ago taken refuge underground when the surface climate became hotter and drier.

This article originally appeared in Science News of December 16, 2021.