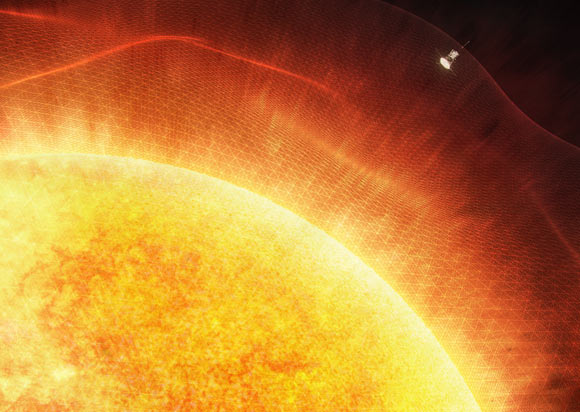 NASA’s Parker Solar Probe (upper right in this illustration) has dipped below the crucial layer that separates the sun’s atmosphere from the rest of space. The solar atmosphere (corona) is depicted here as a wavy red grid. Credit: NASA’s Goddard Space Flight Center 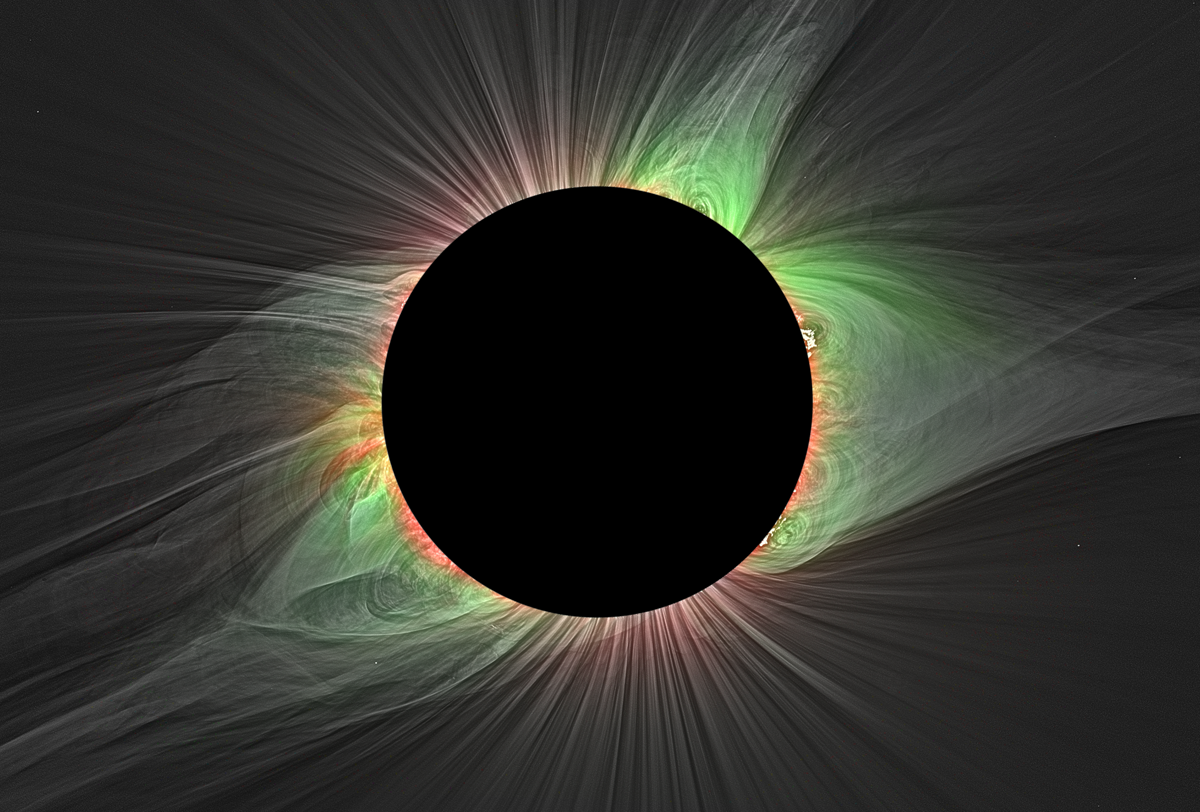 The high temperatures and strong magnetic fields of the Sun’s upper atmosphere – the corona – form streams of the solar wind that expand through the solar system into interstellar space. On April 28, 2021, NASA’s Parker Solar Probe entered this region about 13 million km above the solar photosphere.

Parker Solar Probe launched in 2018 to explore the mysteries of the Sun by traveling closer to it than any spacecraft before. Three years after launch and decades after first conception, the probe has finally arrived. Unlike Earth, the Sun does not have a solid surface. However, it does have a superheated atmosphere, made of solar material bound to the Sun by gravity and magnetic forces. As rising heat and pressure push that material away from the Sun, it reaches a point where gravity and magnetic fields are too weak to contain it. That point, known as the Alfvén critical surface, marks the end of the solar atmosphere and beginning of the solar wind. Solar material with the energy to make it across that boundary becomes the solar wind, which drags the magnetic field of the Sun with it as it races across the solar system, to Earth and beyond. Importantly, beyond the Alfvén critical surface, the solar wind moves so fast that waves within the wind cannot ever travel fast enough to make it back to the Sun – severing their connection. Until now, solar astronomers were unsure exactly where the Alfvén critical surface lay. Based on remote images of the corona, estimates had put it somewhere between 10 to 20 solar radii from the surface of the Sun – 6.9 to 13 million km. Parker’s spiral trajectory brings it slowly closer to the Sun and during the last few passes, the spacecraft was consistently below 20 solar radii (91% of Earth’s distance from the Sun), putting it in the position to cross the boundary – if the estimates were correct. On April 28, 2021, during its eighth flyby of the Sun, Parker Solar Probe encountered the specific magnetic and particle conditions at 18.8 solar radii above the solar surface that told scientists it had crossed the Alfvén critical surface for the first time and finally entered the solar atmosphere. “Parker Solar Probe ‘touching the Sun’ is a monumental moment for solar science and a truly remarkable feat,” said Dr. Thomas Zurbuchen, the associate administrator for the Science Mission Directorate at NASA Headquarters. “Not only does this milestone provide us with deeper insights into our Sun’s evolution and it’s impacts on our Solar System, but everything we learn about our own star also teaches us more about stars in the rest of the Universe.” “Flying so close to the Sun, Parker Solar Probe now senses conditions in the corona that we never could before,” said Parker project member Dr. Nour Raouafi, a researcher at the Johns Hopkins Applied Physics Laboratory. “We see evidence of being in the corona in magnetic field data, solar wind data, and visually in images.” “We can actually see the spacecraft flying through coronal structures that can be observed during a total solar eclipse.” “We were fully expecting that, sooner or later, we would encounter the corona for at least a short duration of time. But it is very exciting that we’ve already reached it,” said Professor Justin Kasper, a researcher at the University of Michigan and deputy chief technology officer at BWX Technologies, Inc. A paper on the findings was published in the journal Physical Review Letters.

This article originally appeared in Sci-News of December 15, 2021.