A massive invasion of desert locusts partly fueled by the climate crisis seriously threatens food security in already vulnerable communities across East Africa and has increasingly alarmed United Nations experts in recent weeks. The UN’s Food and Agriculture Organization (FAO) estimated one swarm in Kenya at around 2,400 km2 (an area almost the size of Moscow, Russia) meaning it could contain up to 200 billion locusts, each of which consume their own weight in food every day. If unchecked, locust numbers could grow 500 times by June, 2020, spreading to Uganda and South Sudan, becoming a plague that will devastate crops and pasture in a region which is already one of the poorest and most vulnerable in the world. The FAO says the current invasion is known as an “upsurge” when an entire region is affected. However, if it gets worse and cannot be contained, over a year or more, it would become what is known as a "plague" of locusts. There have been six major desert locust plagues in the 1900s, the last of which was in 1987-89. The last major upsurge was in 2003-05. A swarm contains up to 150 million locusts per km2 and can devour enough crops in a day to feed 35,000 people, according to FAO, a UN agency. The primary method of battling locust swarms is the aerial spraying of pesticides. FAO’s “Locust Watch” service explains that “although giant nets, flamethrowers, lasers, and huge vacuums have been proposed in the past, these are not in use for locust control. People and birds often eat locusts but usually not enough to significantly reduce population levels over large areas.” 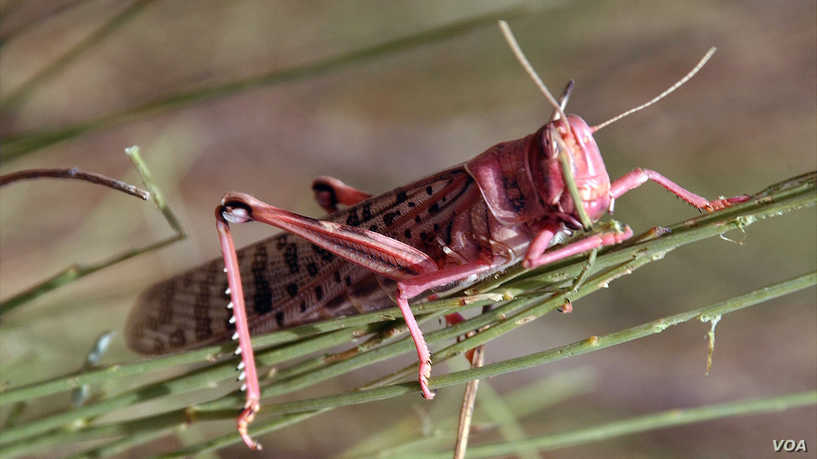 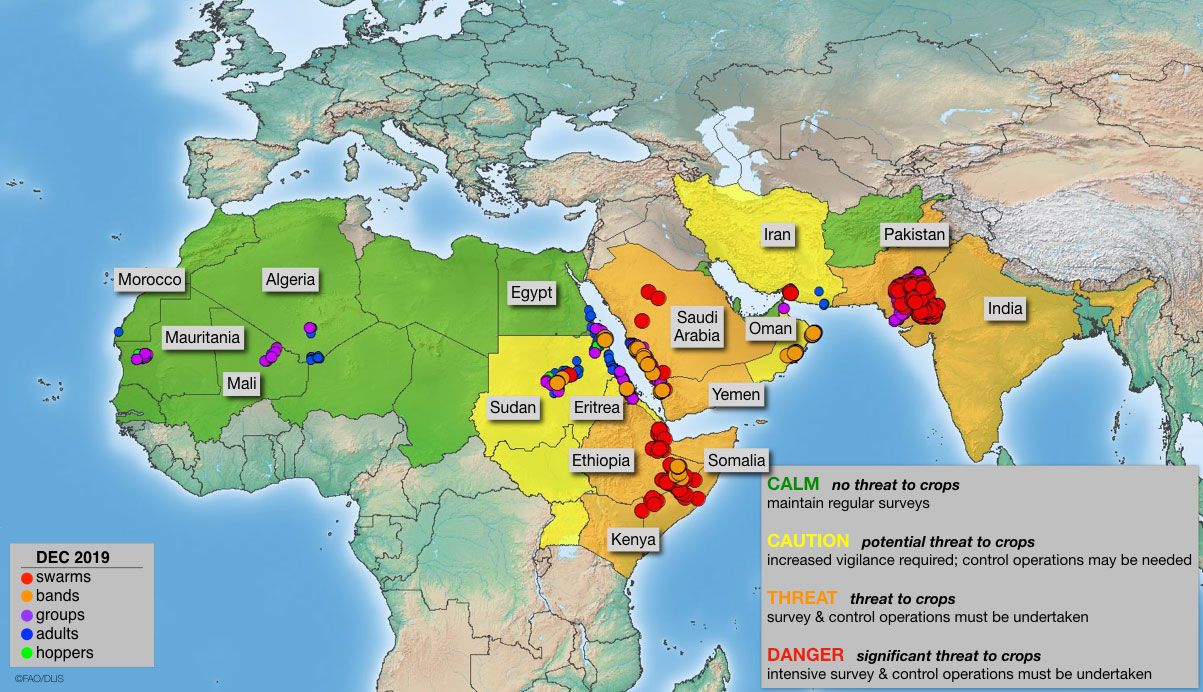