Did pangolins spread the COVID-19 coronavirus to people?

The identity of the animal source of the COVID-19 coronavirus, has been one of the key questions that researchers have been racing to answer. Now, the South China Agricultural University in Guangzhou, China says that two of its researchers, Shen Yongyi and Xiao Lihua, have identified the pangolin as the potential source of COVID-19 coronavirus on the basis of a genetic comparison of coronaviruses taken from the animals and from humans infected in the outbreak and other findings. The sequences are 99% similar, the researchers reported at press conference on 7 February. The results would be published soon to help efforts to control the coronavirus.

What is a pangolin? 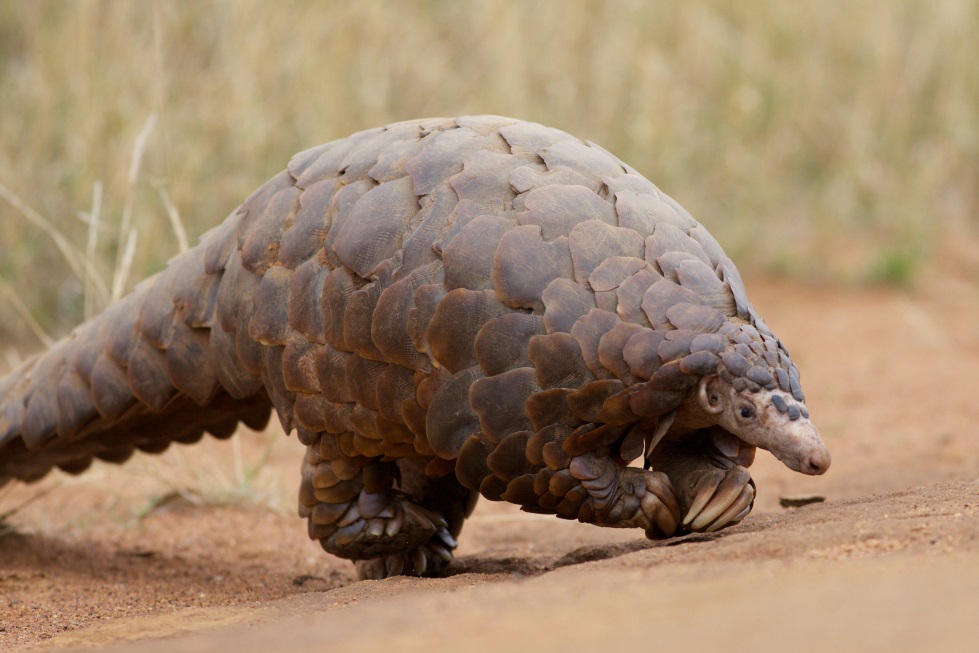 A ground pangolin in the wilds of Africa (Credit: Photo from the Flickr stream of David Brossard shared under Creative Commons licensing: creativecommons.org/licenses/by-sa/2.0/)

Though many think of them as reptiles, pangolins are actually mammals. They are the only mammals wholly-covered in scales and they use those scales to protect themselves from predators in the wild. If under threat, a pangolin will immediately curl into a tight ball and will use their sharp-scaled tails to defend themselves. Pangolins eat ants, termites and larvae and are often known as “the scaly anteater.” Because they have no teeth, pangolins pick up food with their sticky tongues, which can sometimes reach lengths greater than the animal’s body. They certainly are one of the most trafficked mammals in Asia and, increasingly, Africa. Their meat is considered a delicacy and pangolin scales are used in traditional medicine and folk remedies. All eight pangolin species are protected under national and international laws. But there is still growing international illegal trade in pangolins. In 2016, a treaty of over 180 governments announced an agreement that would end all legal trade of pangolins and further protect the species from extinction. However, illegal trade of the species continues. WWF, together with TRAFFIC, works to protect species from wildlife crime.